Writing in 1989, Europe’s revolutionary year, Ralf Dahrendorf raised the possibility of a “democratic, united Europe.” Dahrendorf was never prone to hubristic optimism and had his doubts about the Brussels bureaucracy, but the end of the Cold War renewed his faith in a Europe that could escape decades of bitter division. He recognized that the continent was “as yet less real and relevant, and certainly less generous”. Still, Dahrendorf argued, “the fortunate Europe to which we belong exists and has a certain magnetic effect even if it does not discharge its evident responsibility very impressively” (After 1989: Morals, Revolution, and Civil Society, 1997).

Dahrendorf’s call for a democratic and united Europe remains as relevant today as it was in the immediate aftermath of the collapse of communism. Except that, in 2016, twenty-seven years after the fall of the Berlin Wall, the prospects of turning this vision into reality seem ever more remote. Mass migration, the Eurozone crisis and Brexit fears are combining to create a perfect storm for the European Union’s institutions; conflict in the Middle East and Ukraine are undermining Europe’s external security; and the rise of a new populism is feeding on the continent’s troubles, pushing aside its venerable tradition of tolerance, civility and solidarity. Not for the first time has the future of the EU been called into question, but rarely has the threat of European disintegration seemed so real.

If he were alive today, Dahrendorf would not be surprised that European integration has not followed a smoother path. Dahrendorf was passionately European, but questioned the wisdom of a project that promoted ever closer union based on an economic, not democratic, rationale. He believed in European integration, though based on political cooperation between democratic nation-states. And he challenged the conventional wisdom of creating a united Europe that forced every country into the straightjacket of a single political and economic model.

Throughout his career as an academic, politician and public intellectual, Dahrendorf injected his nonconformist views into the European debate, always in support of his vision of “active diversity” in Europe. While serving as a member of the European Commission in the early 1970s, he publically – and controversially – attacked the supranational vision of political union. In the 1990s, Dahrendorf voiced concern over the Maastricht Treaty and warned against monetary union. Seemingly out of step with the direction of European integration at the time, Dahrendorf’s views are now recognized as prescient, even visionary.

Central to Dahrendorf´s idea of Europe was the insight that all modern societies are prone to tensions and conflicts, and that the central political task is to create a democratic framework that secures liberty and allows the search for legitimate compromises. Unlike statist and autocratic forms of governance, liberal societies prevent conflicts from bottling up. Smart forms of governance turn potential conflicts into opportunities, and actual conflicts into solutions.  If this is to happen peacefully, societies need some form of conflict management, an agreement among stakeholders that legitimate and viable solutions can be found.

Managing such tensions at the national level is hard enough under the best circumstances. It becomes even more challenging in a European Union of twenty-eight diverse member states. The last few years of European infighting demonstrate just how easily the common European bond and sense of solidarity are lost when national positions harden and politicians seek security behind borders. Political contestation  is a necessary condition of modern democratic politics and of European integration. With the EU’s institutions struggling to promote common solutions and maintain unity amidst diversity, the very basis for European integration needs to be re-thought.

Dahrendorf offered no blueprint for how a united Europe could be built. If anything, he was skeptical of the grand plans of Jean Monnet and Walter Hallstein to use economic integration to force through closer political union. Dahrendorf’s vision was that of a community of nations that cherished and protected differences in values and interests. This means allowing different paths of integration for different nations. It implies a less rigid model of economic integration, one that keeps in step with the pace of political integration. And it means recognizing the limitations of the European integration project.

This also applies to Europe’s external relations. Europe needs to act together in a globalized world, but cannot hope to become a unified international actor on a par with the United States and other great powers. Still, the EU can be more than the sum of all European states. It provides an essential framework for developing a common European strategy that responds to newly arising global challenges and threats.

In this spirit of ‘active diversity’ and value pluralism, the Dahrendorf Forum promotes open and critical debate on Europe’s future. The 2016 Dahrendorf Symposium, held in Berlin on 25th to 27th May, will focus on the theme of “Europe and the World – Global Insecurity & Power Shifts”. Bringing together experts and policy-makers from around the world, the Symposium will honour Dahrendorf’s legacy by debating the future of Europe’s relations with major regions and powers. More information on the Symposium can be found here. 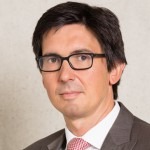 Dr. Robert Falkner is Associate Professor of International Relations at the London School of Economic and Political Science (LSE) and the LSE’s Academic Director of the TRIUM Global Executive MBA, an alliance between LSE, NYU Stern School of Business and HEC Paris. He is the Academic Co-Director of the Dahrendorf Forum.