The US remains the most powerful country in the world – that is not going to change in the foreseeable future, writes Sir Rodric Braithwaite. However, its overwhelming military power, and the values of democracy and human rights for which it stands, can now successfully be challenged by states and non-state actors alike. 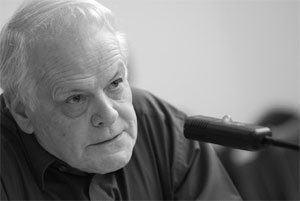 Rodric Braithwaite is a former British diplomat who served as the Ambassador to Moscow during the critical years of Perestroika (1988-1992). His other postings included Jakarta, Warsaw, Rome, Brussels (EU) and Washington. He was also on the Sherpa team for the G7 Summits (1984-8), and served as Foreign Policy Adviser to Prime Minister Major and Chairman of the Joint Intelligence Committee (1992-3). More recently, he was a Visiting Fellow at the Wilson Center in Washington. He is a published author and frequent commentator on Russia. His book about Russian and Western perceptions of the nuclear confrontation is due to be published in September 2017.