On Monday 24 June, the Dahrendorf Forum hosted a flagship event at the London School of Economics to showcase two years of research on the future of Europe. It was the second of three flagship events to be held across the continent. The first occurred in Berlin in May and the third is planned for Brussels in the autumn. The day-long event in the historic Shaw Library featured speakers from politics, journalism, and academia who discussed the most pressing issues facing Europe, from Brexit to migration.

Quentin Peel of Chatham House kicked off the day chairing a panel on Europe’s foreign policy after Brexit. Panellists included Lindsay Croisdale-Appleby of the Foreign and Commonwealth Office, Ferdinando Nelli Feroci of the International Affairs Institute, Benjamin Martill of the Dahrendorf Forum at LSE IDEAS, and Sophie Vanhoonacker of Maastricht University. Baroness Falkner of Margravine acted as a discussant. Though panellists differed in opinion on many topics, they agreed that the UK and the EU will continue to have incentives to cooperate after Brexit when it comes to foreign policy.

The morning proceeded with an Oxbridge-style debate on the motion “the eurozone is now safe” chaired by Iain Begg, Co-Director of the Dahrendorf Forum. Holger Schmieding of the Berenberg Bank and Sonja Puntscher Riekmann of the University of Salzburg argued in favour of the motion while Anne-Laure Delatte of the Centre d’Etudes Prospectives et d’Informations Internationales (CEPII), and Kevin Featherstone of the Dahrendorf Forum and the European Institute at LSE argued against it. Based on an informal poll of the audience before and after the debate, Schmieding and Puntscher Riekmann managed to convince the most audience members that the eurozone is indeed safe.

Iain Begg and Helmut K. Anheier, the Co-Directors of the Dahrendorf Forum, took to the stage to present the findings of a recent ‘foresight’ workshop undertaken by the Dahrendorf Forum The exercise involved experts from around Europe coming together to discuss ways of improving Europe’s utilisation of its sharp and soft power.

To open the afternoon sessions, Sasha Jesperson of Iteru Consulting chaired a panel on migration to Europe and the impact of political narratives on perceptions of migrants. The panellists were Kata Füge of Bakamo, Julia Himmrich of the Dahrendorf Forum at LSE, Kadri Soova of the Platform for International Cooperation on Undocmented Migrants (PICUM), and Manès Weisskircher of the Mercator Forum Migration and Democracy (MIDEM) at TU Dresden. Paul Whittingham of the Department for International Development provided a practitioner’s perspective in his role as discussant. The panel culminated in a discussion with the audience on ways forward for policymakers to address false narratives about migration.

The migration panel was followed by a discussion between Enrico Letta, Dean of the Paris School of International Relations (Sciences-Po) and former prime minister of Italy, and Anne-Sylvaine Chassany, World News Editor of the Financial Times. The two discussed the rise of anti-establishment parties, politics in an era of bullies, and the future of the eurozone, and much more. Their interview is available to download here.

To conclude the day, Dame Helen Wallace chaired a panel comprising Anna Diamontopoulou of DIKTIO, Carlo Monticelli of the Council of Europe Development Bank, former UK Ambassador to the EU Sir Ivan Rogers, and Ferdinando Nelli Feroci of the International Affairs Institute. They discussed the direction Europe is going, and how the Union should be arranged in the future.

To learn more about the Dahrendorf Forum’s work, please see our working papers, briefings, and blog. 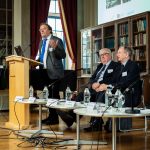 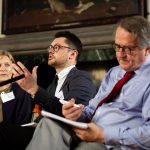 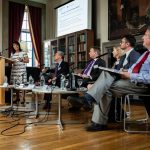 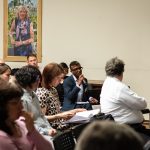 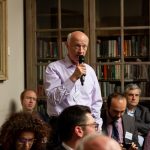 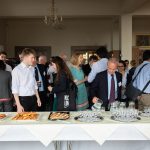 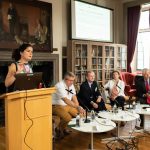 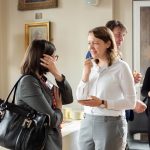 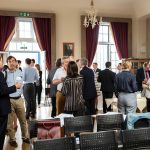 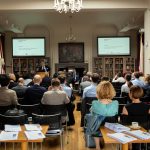 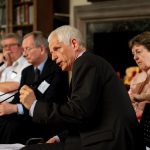 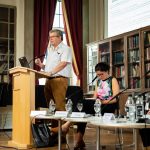 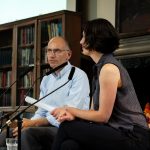 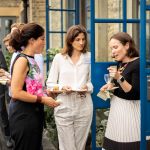 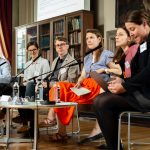