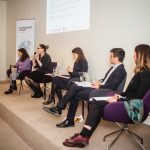 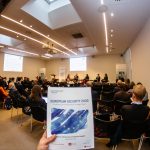 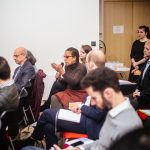 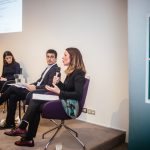 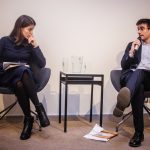 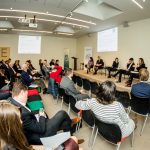 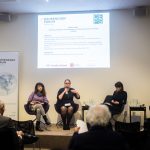 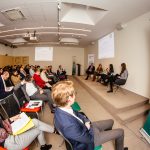 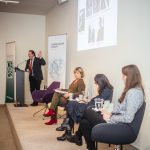 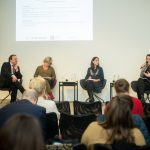 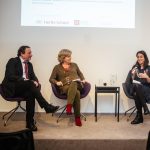 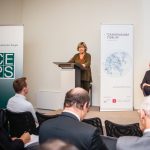 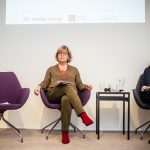 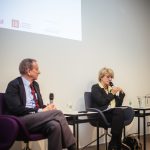 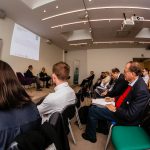 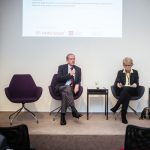 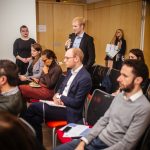 On Tuesday 5 November 2019, the Dahrendorf Forum hosted a major event at the Brussels think tank CEPS, showcasing two years of research on the future of Europe. It was the third and final flagship event of the Dahrendorf Forum’s current research cycle, the first having taken place at the Hertie School in Berlin in May 2019 and the second at the London School of Economics in June 2019. The day-long event featured speakers from politics, journalism, and academia who discussed the most pressing issues facing Europe today, from migrant integration to Europe’s role in the world.

The conference focused on critical topics that have gained greater relevance in recent years, each of which has been examined in detail by the Dahrendorf Forum’s researchers over the last two years.

The first panel, entitled Rethinking Integration and Responding to the National Question in Europe, featured Dahrendorf Visiting Fellow Josefin Graef (Hertie School), Research Fellow Leila Hadj Abdou (Migration Policy Centre at the European University Institute), Founder and Director of Research Consultancy ‘PolicyScribe’ Eve Hepburn, and Research Fellow Marco Stefan (CEPS).  The thought-provoking discussion of integration concluded with an emphasis on two main issues: Firstly, most people are not on the extreme edges of the debate but would consider themselves to be in the ‘conflicted middle’. Secondly, framing integration as a never-ending one-way process in which only the migrants must adapt is highly problematic. In the end, successful migration is beneficial to all of society – a point which needs to be highlighted more clearly, especially when addressing the conflicted middle of society. The moderator for this panel was Dahrendorf Postdoctoral Fellow Julia Himmrich (LSE).

The second panel Regaining trust, maintaining attitude – Challenges for journalism in populist conditions included Assistant Professor of European Politics and Society Léonie de Jonge (University of Groningen), Professor for Communications in Politics and Civil Society Andrea Römmele (Hertie School), and Brussels Correspondent Matina Stevis-Gridneff (New York Times). The panellists discussed the state of debate culture, the rise of populism and the role that the media has played in this. The panel agreed that media’s contribution should not be over- or under – estimated. It is important that journalists understand how populist communication strategies work in order to develop their own strategies; they have to find ways to fulfil their reporting mandate without becoming the stirrup holders of populists. However, maintaining an open debate culture in populist conditions is a task for the society as a whole. Andrea Römmele presented results from an earlier workshop series with journalists who tried to develop possible strategies to engage with populism. Léonie de Jonge complemented this with findings from her research on the behaviour of journalists in the Benelux countries. Matina Stevis-Gridneff, an experienced journalist, was able to comment on these contributions from a practical perspective. The panel was chaired by Dahrendorf Co-Director Helmut K. Anheier (Hertie School).

The discussion of the third panel Can a ‘geopolitical Europe’ exert its power globally? centered around the question whether the European Union is able and willing to become a fully-fledged geopolitical actor and step up to the raising challenge of a multi-ordered world. The speakers noticed that — in the face of a growing competition between US and China — Europe is caught in-between. Yet the chances that the European Union will move forward with its defence capabilities, even without the British veto, are weakened due to the different strategic cultures amongst its member states. Discussants were former MEP James Elles, Director of CEPS Daniel Gros, Visiting Senior Fellow at LSE Gijs de Vries (European Institute of the LSE) and lecturer and former Dahrendorf Postdoctoral Fellow Benjamin Martill (University of Edinburgh) who wrote a blog post summing up the discussions of the panel.  Dahrendorf Committee Member Christine Ockrent moderated this concluding panel.

In addition, there was a session with Member of Parliament Danuta Hübner ‘in conversation’ with Dahrendorf Academic Co-Director Iain Begg (LSE), offering views on how the EU should tackle tricky issues.