In December 2016, the Dahrendorf Forum convened the Russia-Ukraine and North America Working Groups to discuss the future of the liberal order in the wake of Trump and Brexit. Here, participants share their outlook on the future of US-Russia relations and what the EU can do about it. 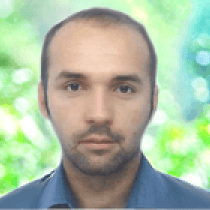 During the last five years the EU’s self-perception as a normative and altruistic power has increasingly become under strain. While in 2003  the EU’s  Security Strategy emphasised the circle of stability and friends in its neighbourhood, external events such as the Arab Spring or the Ukraine crisis have reminded the EU that in  2016 the world order is characterised by instability and disorder This has led the EU to focus in the recent Global Strategy to a larger extent on promoting its own interests and emphasising the need to engage with geopolitics. It has also led to slightly less hypocritical and patronising behaviour as the normative power perspective underscores the absolute and unquestioned universality of EU norms and regulations which had to be accepted wholesale by third party states. This was especially underscored by the 2015 revision of the ENP which stressed the need to create a less asymmetric relationship with the states in the EU’s neighbourhood. Recent internal challenges (such as the migrant crisis, Brexit, or the general rise of nationalism) have also shifted the focus towards a more pragmatic understanding of world politics, with the EU leaving behind the illusion of comfort and order and gradually slipping into the ‘survival mode’.

The emerging response of some of the EU member states is a turn towards promoting their own interests and protectionism in foreign policy. The rise of nationalist leaders throughout the EU signals the fact that when faced with the breakdown of the normative power narrative and having slowly entered into the survival mode, societies become more introvert and less willing to profess empathy in world politics.  The recent presidential elections in the US have particularly made states in Europe fear the breakdown of regional stability and the overarching transatlantic security order. The Russian ‘threat’ following the Ukraine crisis helped strengthened nationalism in the EU countries, where similarly to Russia, politicians used the besieged citadel tactic in order in order to justify their claims to power.

However, once the survival mode started to gradually settle in Eastern Europe, some of the states in the region have embraced the idea that they have to rely more on themselves rather than the EU and the US and try to develop a workable relationship with Russia. While states such as Romania still see themselves as a bastion in the fight against illiberal Russia, in others politicians with moderately pro-Russian views have been elected to office (i.e. Bulgaria and Moldova). However, even though these states have become more pragmatic and seek to have workable relationships with Russia, this is not a sign that they align or agree in any way with the Kremlin’s foreign policy. To a large extent, they see Russia as a bargaining chip which can be used in relations with the EU. This strategy failed miserably in the case of Greece negotiations with Germany more than a year ago, but currently seems to be much more effective as views in the EU (in survival mode and with the election of Trump) regarding Russia have become as polarized as ever.